A woman and her younger brother have accused comedians Tiffany Haddish and Aries Spears in a new lawsuit of grooming them when they were children and coercing them into filming sexually explicit skits.

The lawsuit was filed in Los Angeles Superior Court on Tuesday by siblings identified only as Jane Doe, now 22, and John Doe, who was born in 2007. Jane, who is John’s legal guardian, is the plaintiff in the lawsuit both individually and on her young brother’s behalf.

The lawsuit alleges that Haddish and Spears coerced the siblings when they were children to take part in sexually explicit skits in separate incidents, which they say “stole the youth of a 7-year-old child and a 14-year-old child.”

The lawsuit was first reported by The Daily Beast.

Attorneys for Haddish and Spears, however, have dismissed the lawsuit as a shakedown.

Debra Opri, an attorney for Spears, said the comedian “isn’t going to fall for any shakedown.”

In a separate statement, Andrew Brettler, an attorney for Haddish, said the plaintiff’s mother had “been trying to assert these bogus claims against Ms. Haddish for several years.”

Calling the allegations “meritless,” Brettler said Haddish had previously shown she “would not be shaken down.”

“Now, (the accuser’s mother) has her adult daughter representing herself in this lawsuit. The two of them will together face the consequences of pursuing this frivolous action,” the attorney said.

Jane said she and her brother “are not surprised that Mr. Brettler would attempt to divert the attention away from the legitimate claims filed by my brother and me, to shift the blame and attention to our mother who is not a party to this lawsuit.”

The siblings knew Haddish and Spears as children because their mother shared a close relationship with Haddish, according to the lawsuit.

In 2013, Haddish appeared as a guest speaker at a summer camp Jane, then 14, attended, the lawsuit said. During the visit, Haddish allegedly told Jane that she had the “perfect role” for her.

Neither Jane nor her mother were aware of what the shoot would entail, the lawsuit alleged, adding: “Only Spears and Haddish knew the storyline for the skit.”

“Physically, emotionally, and mentally uncomfortable, Plaintiff Jane Doe mimicked the acts that Haddish and Spears wanted her to do so she could go home,” it said.

The lawsuit alleged that the next year, Haddish told the siblings’ mother she had a role for the younger brother, John, then 7, for a skit. “She only said it was a sizzle reel for Nickelodeon,” the suit stated.

The plaintiffs’ mother dropped off John and Jane together so that Jane could chaperone, but the siblings were told that they needed to be “separate” for the Nickelodeon skit, the lawsuit alleged.

It said John was later stripped “down to his underwear” for a skit titled “Through A Pedophiles Eyes” about a child being left with a man, played by Spears, who “leers at the child lustfully” in multiple scenes before massaging John with oil and later, getting into a bathtub with him and forcing the child “closer to him in the tub.” In the final scene, the child is “portrayed as leering lustfully” at Spears, who is wearing only shorts, before beginning to rub oil onto his body, the lawsuit said.

The video ends with the words “WATCH WHO YOU LEAVE YOUR KIDS WITH!” appearing on the screen, the lawsuit alleged.

“After filming, Mr. Doe called his mother crying, saying he did not want to film anymore,” the lawsuit said.

The lawsuit alleged that the plaintiff’s mother repeatedly asked both Spears and Haddish about “what was filmed that made her son cry,” but Spears at one point told her the footage was still not edited and said he would get back to her about providing the unedited footage. Haddish said she did not have a copy of the footage, the lawsuit alleged, but said it was meant to be a funny skit.

Days later, Spears told the mother that John had been so uncooperative that the footage was unusable and was “deleted,” the lawsuit alleged.

It was not until around four years later, in June 2018, that the mother learned that the skit featuring her son had been published online, including on the “Funny or Die” website.

“The mother, upset, stated that she would have never let her son participate in a pedophile child pornography skit,” the lawsuit alleged.

“Funny Or Die found this video absolutely disgusting and would never produce such content,” a spokesperson for the platform said in a statement.

“We were not involved with the conceptualization, development, funding, or production of this video. It was uploaded to the site as user-generated content and was removed in 2018 immediately after becoming aware of its existence,” they said.

The lawsuit alleged that both Jane and John have developed social disorders, with Jane unable to “trust anyone” since the incident and John suffering from depression and anxiety. They are suing Haddish and Spears for damages. 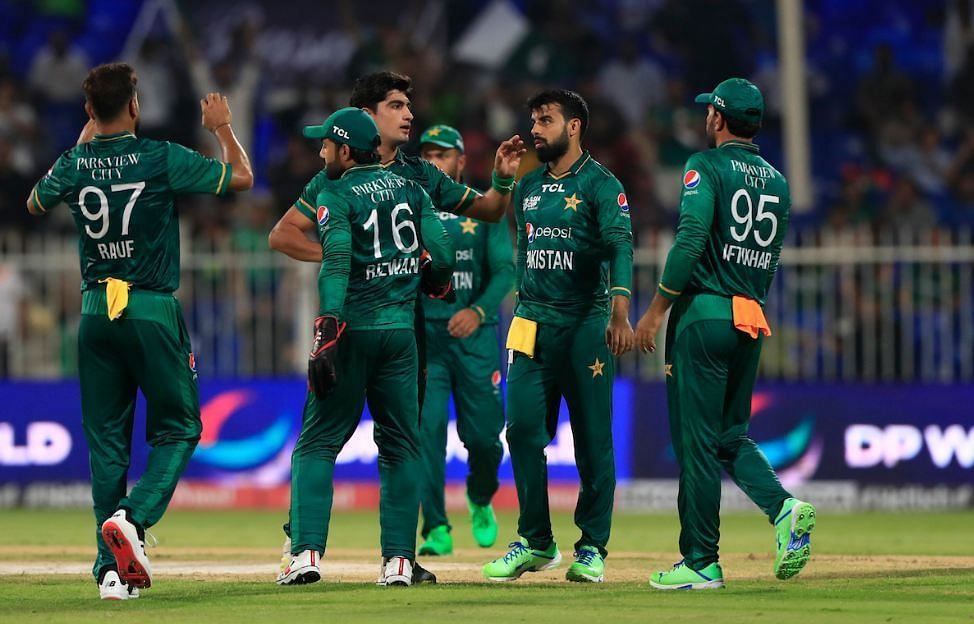 Next Article Pakistan achieved the biggest victory by creating history, the shameful defeat of Hong Kong

Washington Commanders homeowners introduced Wednesday that they employed Financial institution of America, in a significant step towards a possible sale of the troubled NFL franchise. […]

WASHINGTON — The commissioner of U.S. Customs and Border Safety, the federal company answerable for border safety, is refusing to step down from his job […]